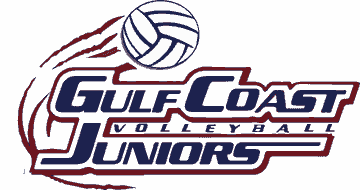 All About the Kids!

We are committed to ensuring that all of our athletes have a positive experience that fuels their love of volleyball & competition. Our mission is for our athletes to be disciplined, compete and train at full effort, be positive and supportive teammates, push beyond their comfort zones, compete with confidence, enthusiasm, & pursue excellence.

Ken Deterding has been coaching for over 30 years. He has coached at the NCAA, NJCAA, High School, and Club level over that time. He founded Gulf Coast Juniors in Clearwater Florida in 1990 and ran that club and several tournament until 2013.

Ken coached at several colleges over the course of his career. He coached at the University of Illinios and reached the final four. He also coached at Idaho State University helping lead them to become the Big Sky Conference Champions. After moving to Florida Ken coached at Manatee Community College from 1993-2006.

Ken is IMPACT and Safe Sport Certified and holds a Cap 1 Certification. He was inducted into the USAV Florida Hall of Fame and was USAV Coach of the year in 2005 for the Florida Region.

Danielle Deterding has been playing volleyball  since she was old enough to hold a ball. In high school she played for her varsity team at Palmetto High School while also playing with Gulf Coast Juniors Volleyball Club.  Her first two years of college she played at Pasco Hernando Community College and her team qualified for nationals both seasons.  She transferred to Middle Georgia State to finish her college volleyball career.

Coach Danielle is finishing her Bachelor′s Degree in Business Administration.   She is excited to continue a successful volleyball tradition with Gulf Coast Juniors in Manatee and Sarasota and Manatee counties.

Stacy Kruzel Liszewski believes that people, need balance of mind, body and spirit to feel and function at their best.   Participating in sports helps young people much more than in the physical aspects.  Playing a sport builds character, teaches strategic thinking, develops leadership and communication skills.  Stacy developed a love for coaching young athletes many years ago and has been Head Coach for St. Martha's Catholic School for 6 seasons.